Not everything is different in Portugal. Carnival is a big thing in the southern part of the Netherlands and after noticing the announcements of parades and parties here, I realised that it is the same in Portugal. This is not entirely illogical, of course: Portugal is a Catholic country and carnival has its traditions based on that belief.

Carnival in Portugal just starts seven weeks before Easter, just like in the Netherlands. And so we went to Obidos on Saturday March 2, because somewhere in the newspaper or on Facebook I saw that there would be a parade there. Finding event announcements is not so easy here in Portugal. In the Netherlands, every club, association or company has its own website, but in Portugal this is by no means self-evident.

Anyway, we went to Obidos. There the parade consisted of about fifteen men dressed as women. No music, no floats, nothing. Is this all? Where’s that link between Portugal and Brazil when it comes to carnival?

Well, I saw that link a day later during the carnival in Caldas da Rainha! What a parade that was! At least twenty floats with groups of identically dressed Portuguese, dancing, singing, throwing confetti at the many spectators. Add to that the pounding carnival beats from the speakers and the parade was complete. And as it is probably very warm during the parade in Brazil and usually very cold in the Netherlands, it was lovely in Portugal: sun, 18 degrees. In short: an experience! 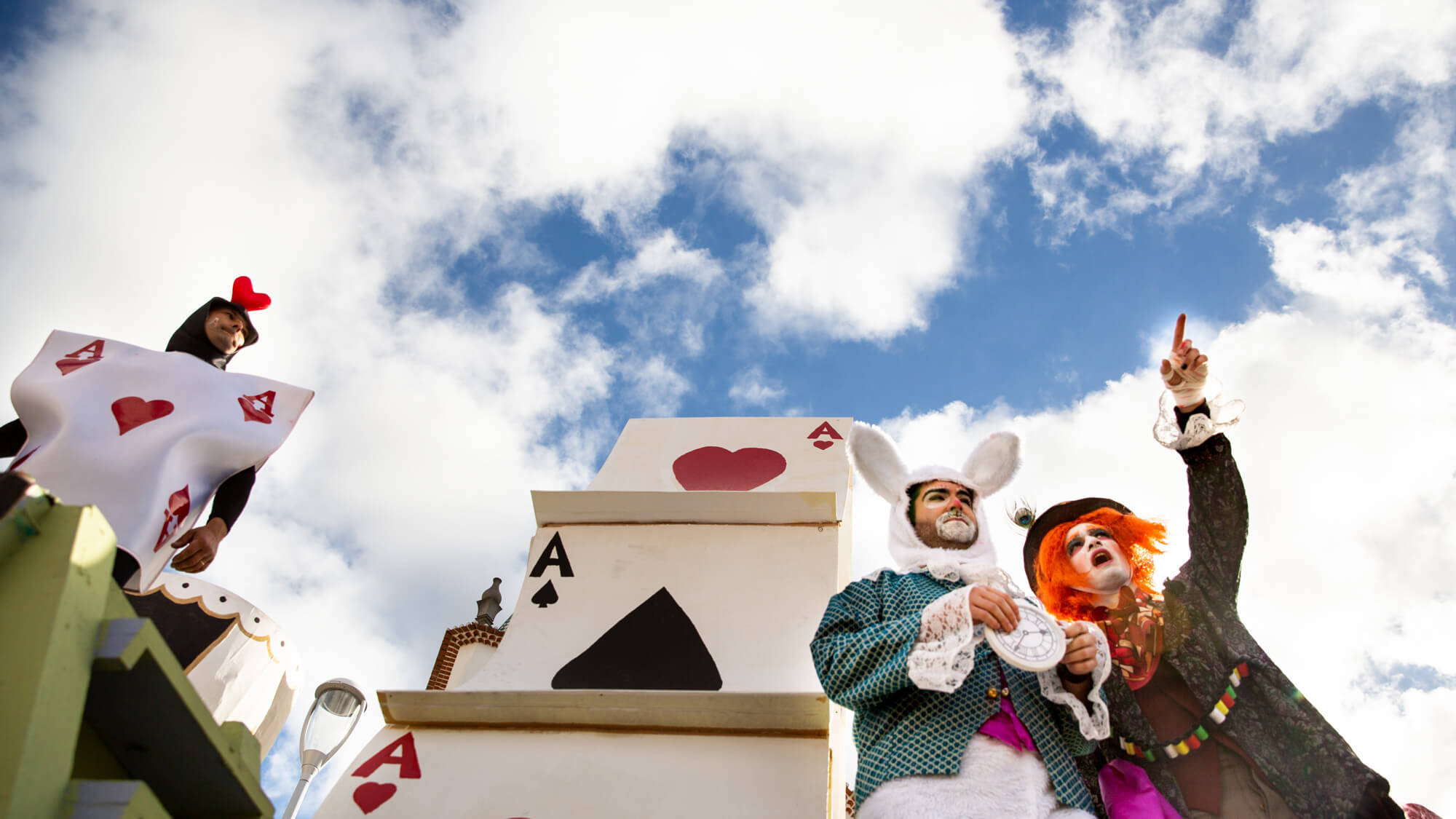 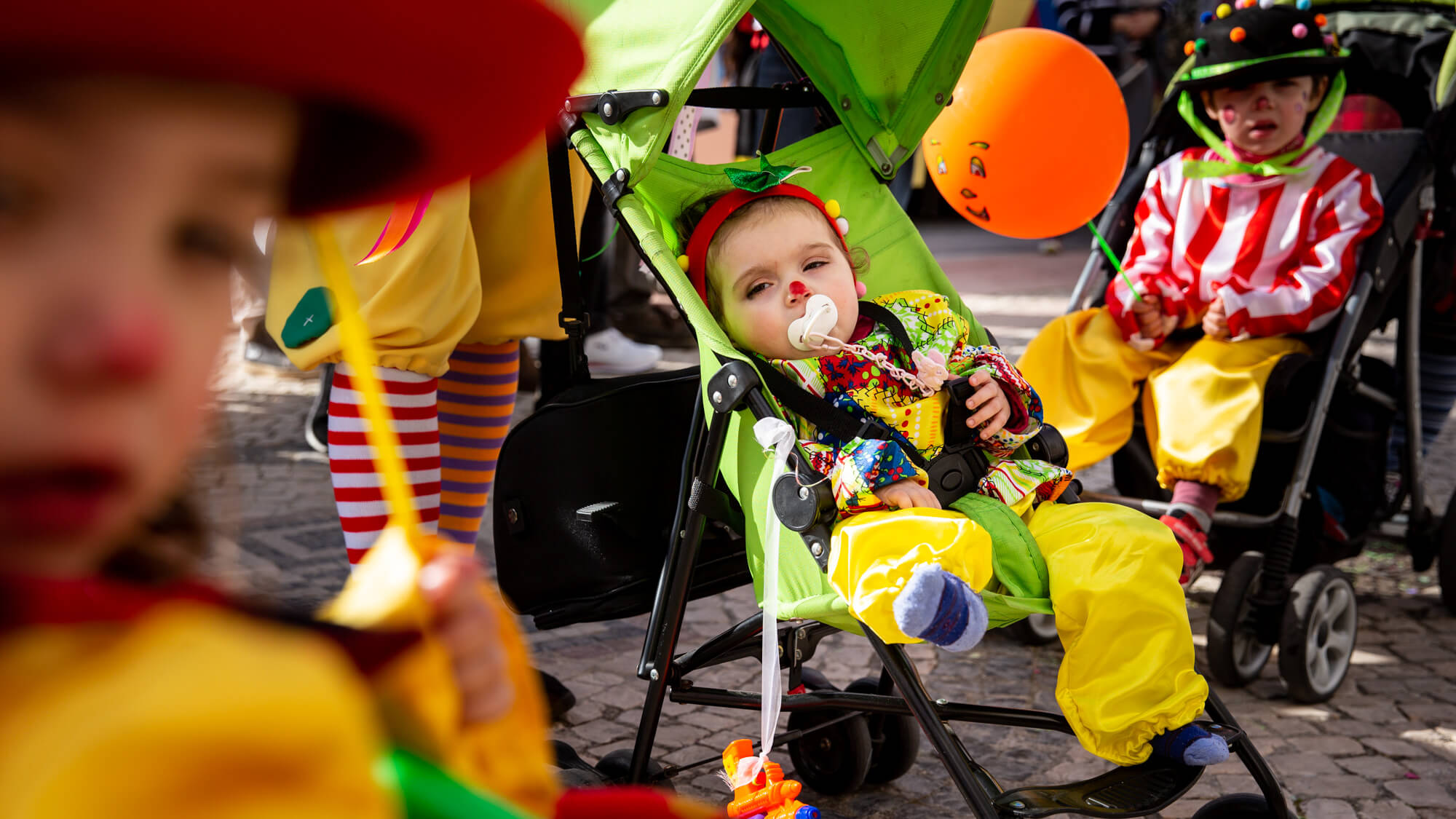 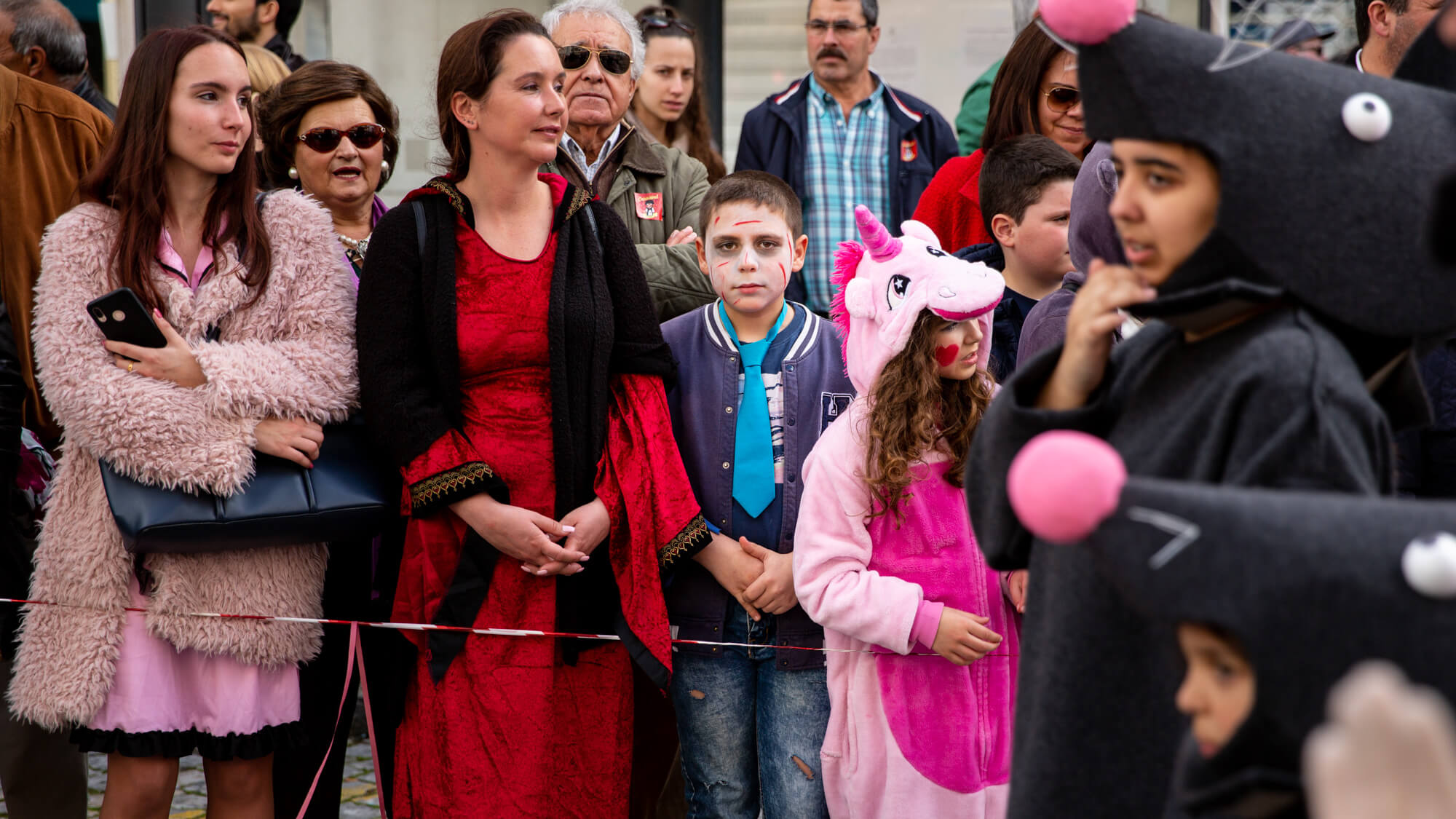 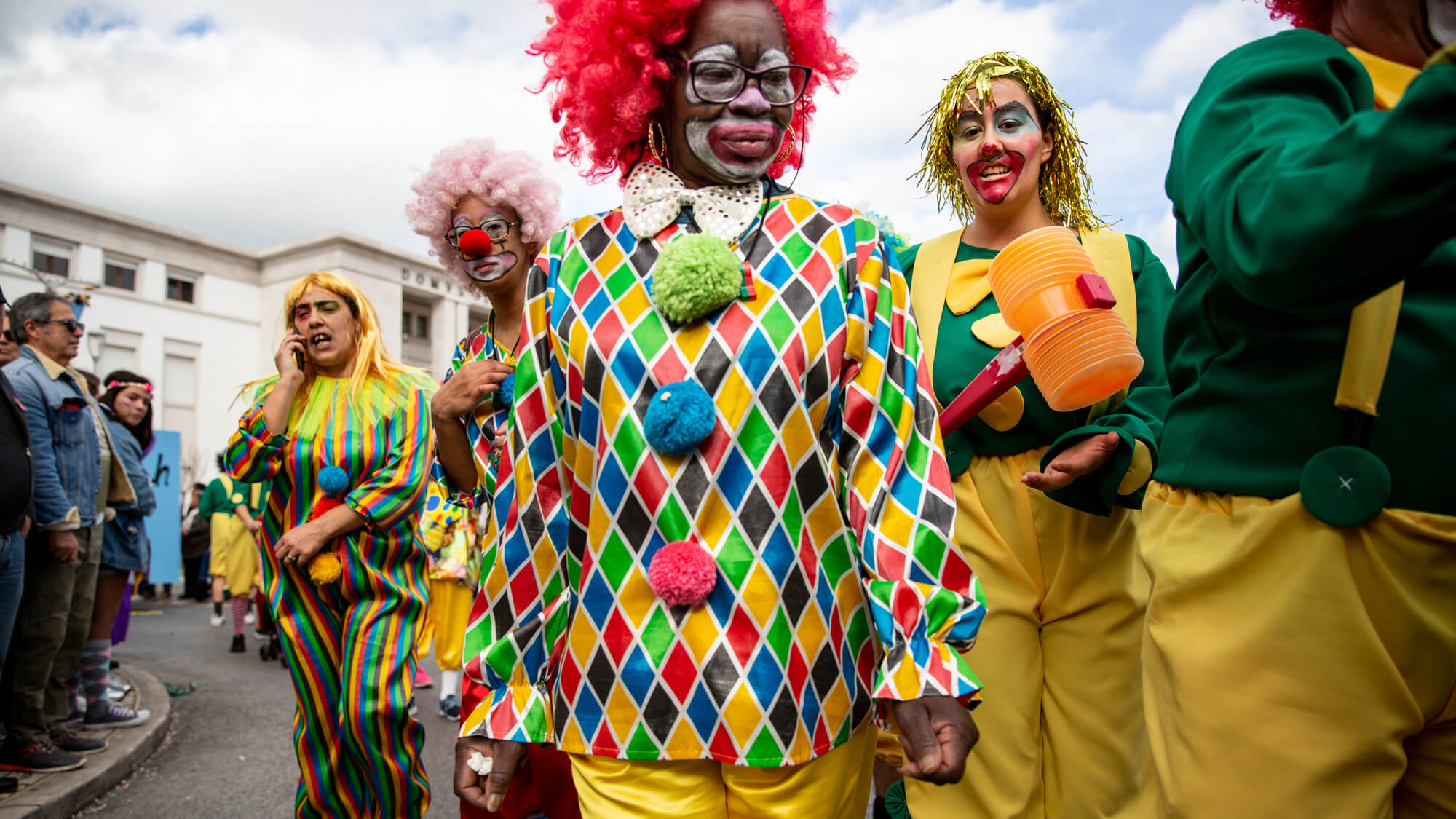 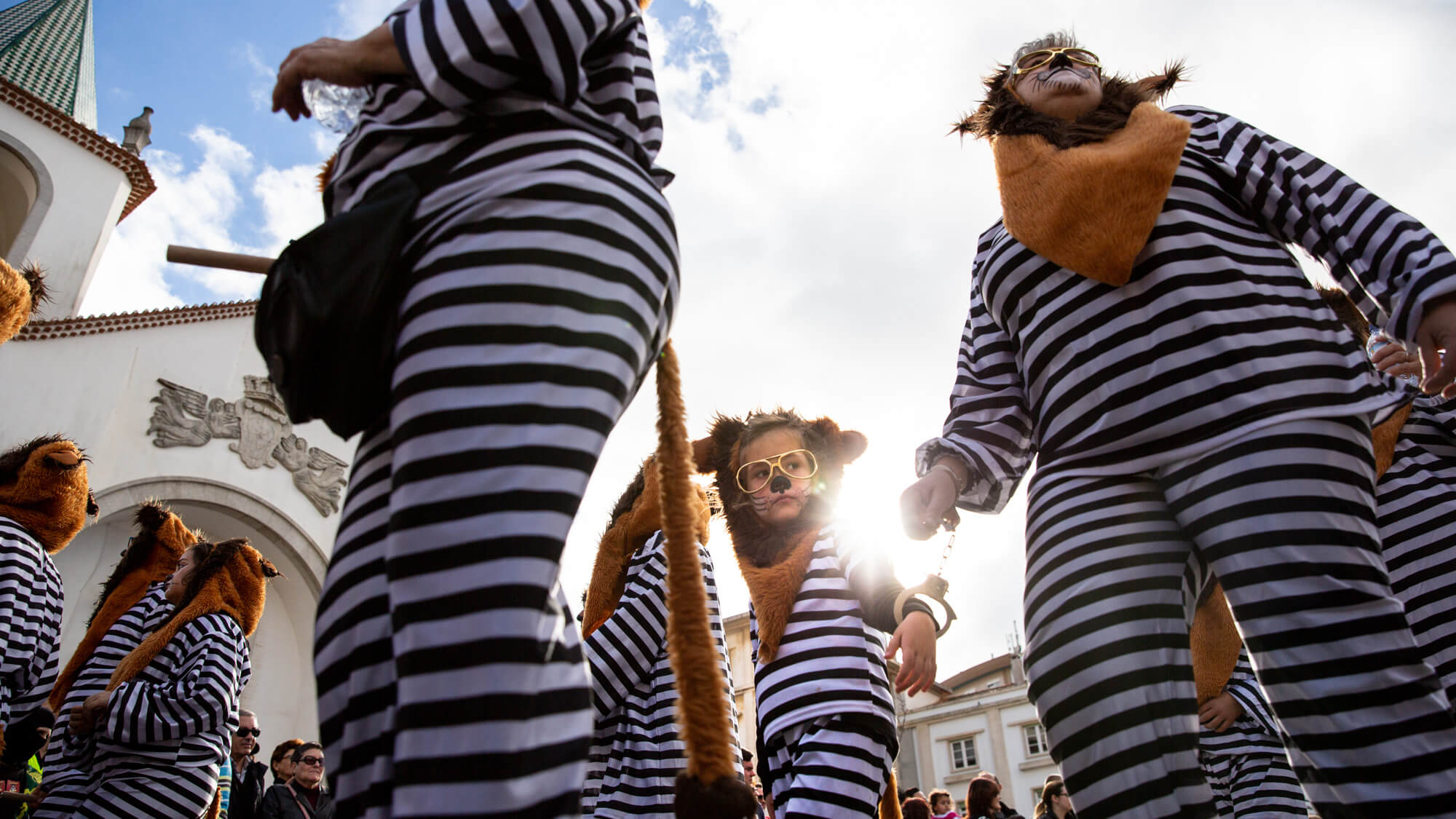 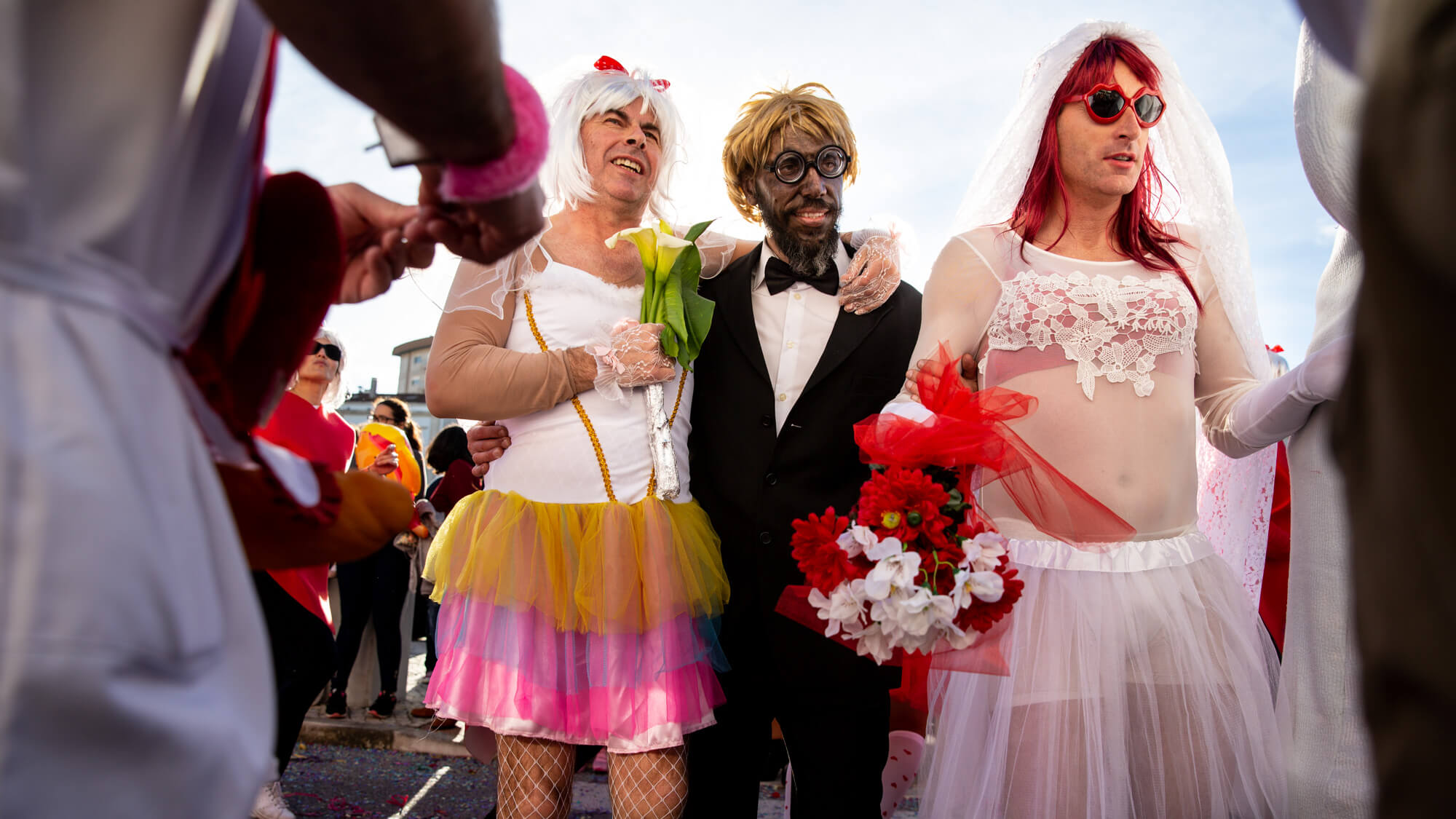 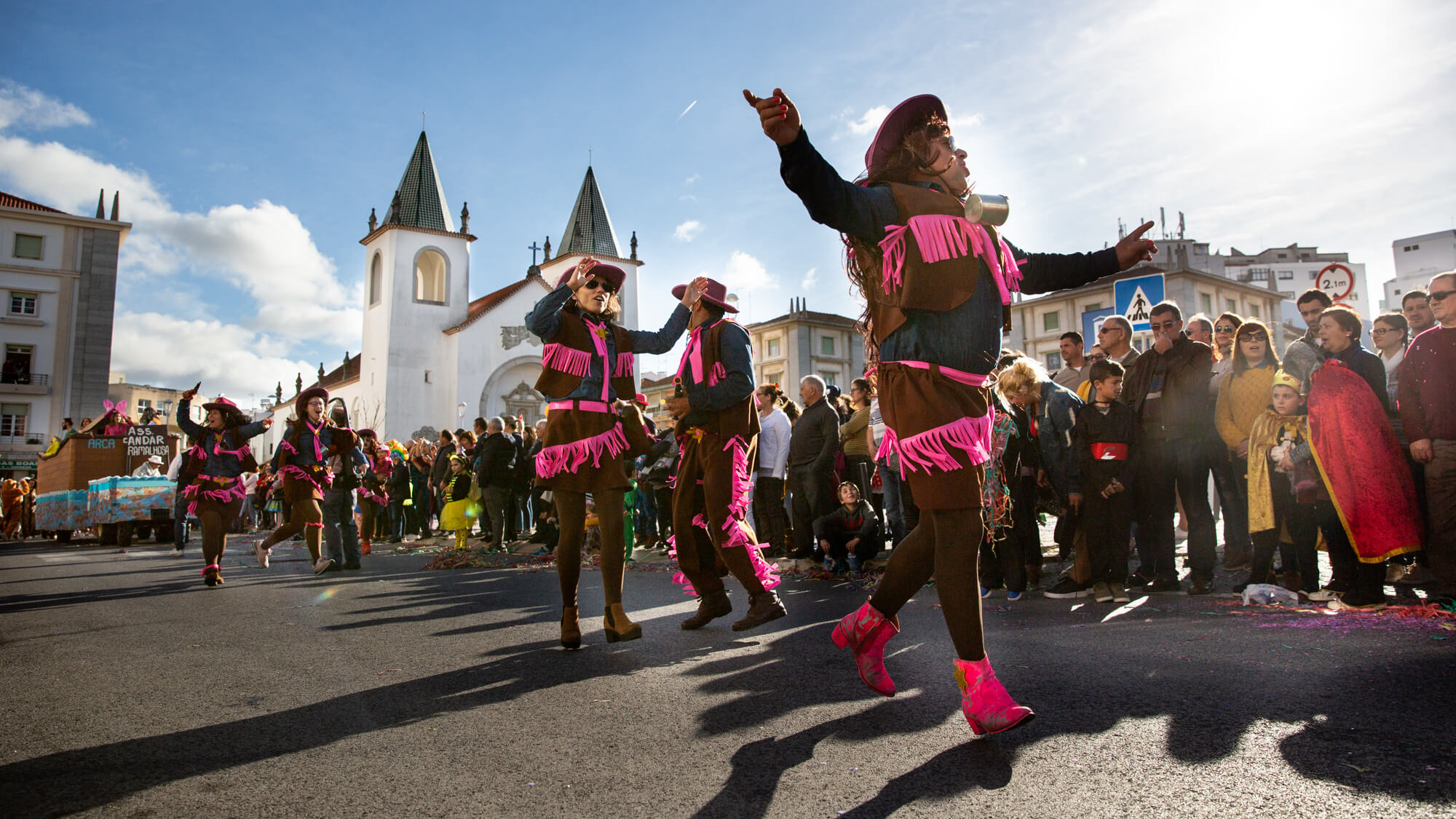 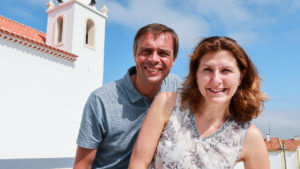